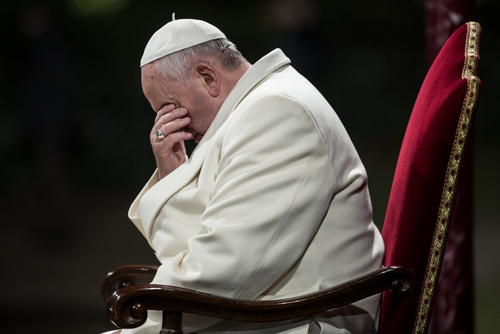 A 12-year-old schoolgirl has challenged Pope Francis to go vegan for Lent in exchange for a million dollars to a charity of his choice.

Genesis Butler has sent an open letter asking the Pontiff to abstain from meat products for the 40 days of penance and fasting before Easter Sunday observed by Catholics, Anglicans and Orthodox Christians.

The Million Dollar Vegan campaign is being led by the US-based Blue Horizon International Foundation, which pledged to put up one million dollars if the pontiff says yes.

Genesis from Long Beach, California said in a letter written jointly with Blue Horizon campaign to the Vatican said: “Today, Pope Francis, I am asking you to join me in abstaining from all animal products throughout Lent. … Moving towards a plant-based diet will protect our land, trees, oceans and air, and help feed the world’s most vulnerable.”

While the Pope is known to live a frugal lifestyle, his meat-loving homeland Argentina is the world’s second-biggest consumer of beef per capita.