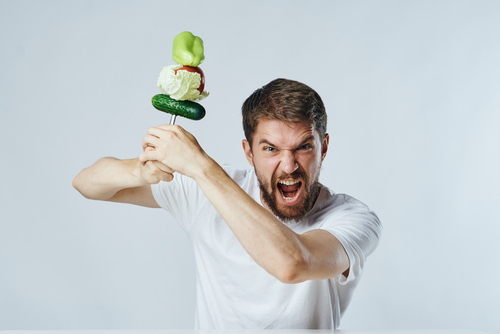 A countryside chief has slammed a farming charity for hosting a vegan festival with an “aggressive anti-farming agenda” that includes an activism boot camp.

The UK’s Countryside Alliance chief executive Tim Bonner said The Newark and Nottinghamshire Agricultural Society was letting down the farming industry. The charity, which has the stated aim of promoting agriculture, has a three-year contract to host the Vegan Camp-Out at its show ground.

The festival, which last year attracted more than 2,000 people, is sponsored by an organization that has described dairy farming as “rape” and has hosted talks from activists who have spent time in prison for their campaigns.

Bonner said that The Countryside Alliance had received complaints from members who were coming under increasing attack from vegan activists. He has called on the society to cancel the event to protect the farming community and stop extremists who want to end their way of life.

He said: “It is quite extraordinary that a society with the charitable object of promoting agriculture should be hosting an event that has at its core an aggressive anti-farming agenda.

“The society’s show ground, which was created to promote farming in Nottinghamshire, is now being used as a training ground for extremists who campaign against livestock farming and the rural way of life. The dairy industry in particular, but also other livestock farmers and butchers, are coming under increasing attack from vegan activism.”

In 2018 one headline speaker at the Vegan Camp-Out was Ronnie Lee, the founder of the Animal Liberation Front, who was previously sentenced to 10 years in prison and condoned violent protest.

Activism boot camps were held by The Save Movement, the Hunt Saboteurs Association, and Surge and Animal Aid, which all actively campaign against traditional livestock farming, shooting and hunting.

The 2019 event is sponsored by animal rights group Viva!

The group, which has campaigned against dairy, pig and poultry farming, claims that dairy cows are “raped” and held a talk at the festival entitled “Face off against the meat and dairy industry”.

The Society said in response to complaints that it was an active supporter of rural life and agriculture and said that by renting out the show ground it was able to keep shows running as well as offering grants, apprenticeships and equipment loans to the rural community.

A spokesman said: “In a democracy, we recognise the right of those making extreme opinions to express them, even if we disagree with them, provided they remain within the law.”

A spokesman for Vegan Camp-Out said: “The Camp-Out and Camp-Out organisers are not opposed to agriculture or farming as a whole, as veganism requires both farming and agriculture to produce amazing plant-based food.”