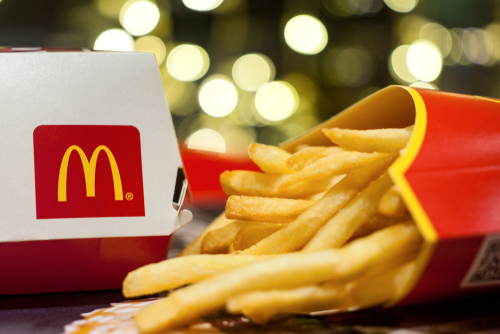 McDonald’s so far ignored calls from vegan campaigners for it to start offering a vegan burger across all of its locations.

Rivals Burger King has launched a vegan “Impossible Whopper” after vegan activists successfully argued for a plant-based alternative on the Burger King menu.

But in an interview to coincide with the company’s annual shareholder meeting, Easterbrook said: “When you look at the whole meat substitute type idea I think what will be interesting for us will be to see who is particularly interested in that. Is it an existing customer who just wants an alternative option? Or does it bring a new customer in?”

“We’re keeping a close eye on it so watch this space. I don’t think it’s faddish. Whether it maintains the same level of buzz is what’s interesting.”

His comments were backed by McDonald’s Global Chief Marketing Officer Silvia Lagnado who warned that adding vegan alternatives to appease the vegan lobby was not necessarily the right thing for the business.

He said: “We obviously have to assess whether consumer demand would be at a level we believe would be sustained.”

Their comments came after vegan author Kathy Freston launched a petition to try and convince McDonald’s to follow Burger King and go vegan. She said: “McDonald’s is really missing an opportunity to appeal to a growing consumer base.”