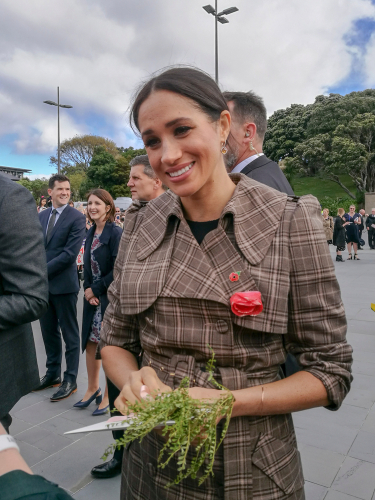 THE new royal baby will have its nursery decorated with vegan-friendly paint in “gender neutral” colors.

The Duchess of Sussex, 37, who is expecting her first child with Prince Harry, is said to have chosen the non-toxic paint, which is not tested on animals. Meghan follows a strict plants-only diet during the week and has convinced husband Prince Harry to cut back on meat.

She is also installing childproof windows and a £50,000 eco boiler as part of £3 million renovations to their new home, Grade II listed Frogmore Cottage in the Queen’s Windsor estate in the UK.

Sources say Meghan has opted for on-trend whites and greys for the nursery and has chosen a vegan, odorless, non-toxic, eco emulsion by the Organic and Natural Paint Co.

A source said: “Rather than fashionable Farrow & Ball paint in shades such as Wevet, Peignoir and Pavilion Grey and Salmon, the Sussexes are much more in favor of The Organic & Natural Paint Co’s Auro range for the nursery.”

The Norfolk-based brand was set up by dad-of-two Chris Ridley in 2012, in response to genetic breathing issues in his own family.

When is a Vegan Not a Vegan? When He’s a “Carnivegan”!