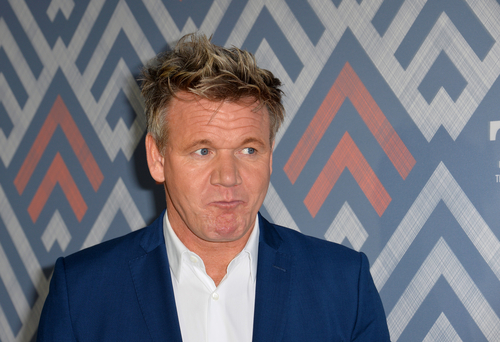 TV presenter Piers Morgan and celebrity chef Gordon Ramsay are locked in a war over veganism.

Ramsay, the judge on hit show MasterChef US, told Morgan to “f*** himself” for slamming a new vegan dish on his menu.

But Morgan who hosts Good Morning Britain in the UK hit back on Twitter with: “Is this the same @GordonRamsay who when asked in 2016 if he had any allergies, replied ‘vegans’ – and who last year tweeted that PETA stands for ‘People Eating Tasty Animals’?”

It was Morgan himself who fired the first salvo in the war of words between the two heavyweights when he said Ramsay’s vegan roast looked “utterly revolting.”

He had tweeted: “Oh FFS Ramsay… not you as well? This looks utterly revolting.” His tweet was accompanied by some vomiting emojis to emphasize his point.

The tweet was brought to Ramsay’s attention during his appearance on the Late Late Show with James Corden and the notoriously foul-mouthed chef saw red.

He said: “So Piers Morgan is now a food critic?! Go and f*** yourself! Seriously! Really? Veganism is on the rise, we’ve got to adapt and I just have to eat a slice of humble pie.”

Morgan has become known for his anti-vegan views after he slammed bakery chain Greggs for launching a vegan sausage roll branding the food outlet “PC-ravaged clowns.” He was then forced to try the new product live on Good Morning Britain, where he was filmed gagging and throwing up into a bucket after taking a bite.

0 comments on “Morgan and Ramsay in Vegan War of Words”