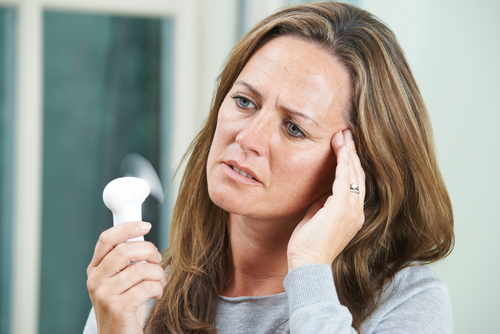 AN Instagram star dubbed the “Deliciously Ella of Finland” has ditched her vegan diet after her doctor warned her she was menopausal.

Virpi Mikkone, 38, had been a vocal and committed vegan, and regularly shared details of her plant-based diet with her 165,000 Instagram followers.

But after suffering a series of medical problems, including hot flushes and absent periods, a doctor suggested her vegan diet could be damaging her health, and recommended she stop eating so much raw veg, and start eating meat to help balance her diet.

She said: “It was a huge thing to think ‘this is where my fertility stops.’ You think you’re still young and then suddenly the doctor says: ‘You are in the menopause! You have to start taking HRT!’”

While Mikkone admitted she was “shocked” at the medical advice, she said she overcame any concerns by thinking of the potential damage she could be doing to her body fearing she might go through the menopause in her 30s.

She began eating meat and fish and described the improvement in her health as “dramatic.” Not only did she begin to sleep better and feel more energetic, her hot flushes stopped and her periods returned.

She said her diet is now far more varied and she regularly shares her new balanced menus with her social media followers.