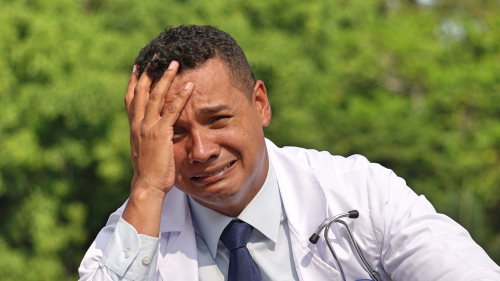 A top obesity campaigner has claimed his mother’s strict adherence to a vegetarian diet contributed to her premature death.

Leading cardiologist Dr. Aseem Malhotra said his mother Anisha’s health deteriorated because she cut meat out of her diet and became “weak and susceptible to infection.” Dr. Malhotra said he believes that it was a lack of meat that left her deficient of vitamins and protein, which led to her poor health and then resulted in her developing a spinal condition which, he says, was the “crucial aspect to her suffering in the end.”

Dr. Malhotra spoke out to highlight the mistake that many people made in linking a vegetarian diet with a healthy lifestyle.

Vegetarians still become obese, he said, and a lack of meat in their diets may also result in a deficiency in protein, vitamin B12 and iron to strengthen their muscles, bones and immune systems.

He added: “For most of her adult life, my mum was vegetarian and significantly overweight.”

Dr Malhotra cited the example of India, which has more vegetarians and vegans than the rest of the world put together but has been dubbed the “diabetes capital of the world.”