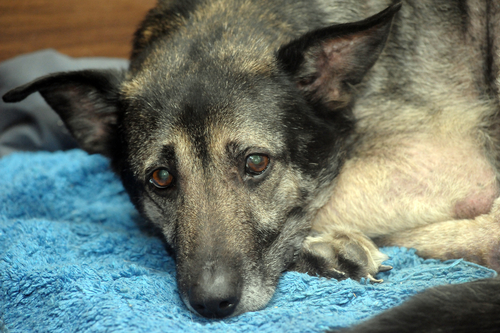 MORE than a quarter of pet owners have put their animals on a vegan diet, a survey has found.

Despite evidence the plant-based diet is bad for many animals 27 percent of owners say they have turned their pets vegan. The survey also found 35 percent are considering feeding their pets a vegan diet.

But scientists say forcing cats and dogs to adopt a vegan diet may be damaging for their health.

Researchers from the veterinary college at the University of Guelph in Canada, asked 3,670 dog and cat owners from around the world if their pets were already on a vegan diet or if they would consider putting them on a vegan diet.

The RSPCA echoed Dr Dodd’s concerns, agreeing that the lack of research into vegan pet diets makes it very hard to draw any useful conclusions on its benefits.

An RSPCA spokesman said: “We are aware of vegan/ vegetarian pet food which includes these nutrients but these are relatively new to market and we have not seen any long-term studies about the effects of feeding cats a diet like this.

“Dogs are omnivores and can eat a wide variety of food types so they can survive on a vegetarian diet as long as the diet is well-balanced. It’s a different story for cats, however, who are ‘strict carnivores’ and depend on specific nutrients found primarily in meat, such as taurine, vitamin A and arachidonic acid.”

Clare Kearney, an Australian-based holistic animal nutritionist, argues it is unfair to cats and dogs to deprive them of a more rounded diet.

She said: “I personally want my dog to be the healthiest, fittest, and happiest he can be, which I know a vegan diet doesn’t facilitate. Realistically, it’s very difficult to create a nutritionally robust vegan diet for a dog, particularly without the addition of many synthetic nutrients. I definitely wouldn’t recommend trying to do it at home without the guidance of a nutritionist because you will almost certainly fail.”

0 comments on “A Quarter of Pets are Vegan, Poll Finds”