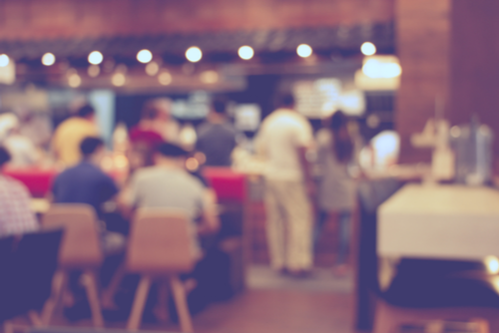 A group of vegan protesters were kicked out of a steakhouse after abusing diners. The vegans had to be manhandled out of the Australian eatery after barging in and chanting slogans through megaphones.

Customers at Outback Jack’s in Perth were shocked as members of the militant vegan activist group Direct Action Everywhere barged in to the packed restaurant. One activist chanted “it’s not food” while the rest of the group shouted “it’s violence.”

About 15 protesters continued to yell other chants as they walked through the restaurant with graphic posters of slaughtered animals.

Diners hoping for a peaceful meal with friends and family were shocked by the demonstration.

One angry member of the restaurant’s staff ordered them to leave and when they refused they were jostled out.

Restaurant owner Ray Strauss said families and elderly couples were dining at the time. He said: “They pulled out megaphones and started yelling in everyone’s face.”

Direct Action Everywhere has protested in a number of other restaurants which serve meat, including fast-food chains McDonald’s and KFC.

0 comments on “Aggressive Vegans Kicked out of Restaurant”