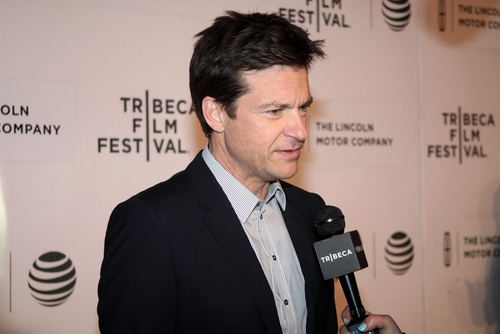 HUMOURLESS Peta has attacked car bosses over an advert which gently pokes fun at vegans.

The short Hyundai ad mocks a vegan dinner party and shows a man gagging at the sight of vegetarian meatloaf.

Actor Jason Bateman plays a lift attendant in the car commercial, which sees him taking passengers through a series of unpleasant scenarios on different floors.

Passengers endure “bad” floors dedicated to root canal treatment, jury duty and sitting in the middle seat on a plane before reaching Hyundai car heaven on the top floor.

Before getting there passengers also see a vegan dinner party where someone offers Bateman a bright purple “beet-loaf” dish.

Upon arriving at the floor, Bateman asks: “A vegan dinner party… is that even a thing?”

Then one of the passengers gags at the sight of the vegan beet-loaf.

PETA said the ad which was shown at the US Super Bowl was a deliberate attempt to embarrass vegans.

The activists group hit back by tweeting: “Instead of buying a car from people with outdated ideas, we suggest a vegan Smart car by Mercedes. great mileage & acceleration, turns on a dime.”

Another activist tweeted: “Shame on @Hyundai for the vegan joke in their Super Bowl ad. Wasn’t funny and is in poor taste.”

Another man who drives a Hyundai Elantra tweeted: “Man, I love my ‘13 Elantra, but if y’all are just gonna insult a huge part of my life like that I’ll find something else for my next car.”

But Hyundai said it wasn’t being anti-vegan and was just trying to have fun. Hyundai said: “Nothing wrong with being vegan. That guy just doesn’t like beet-loaf.”