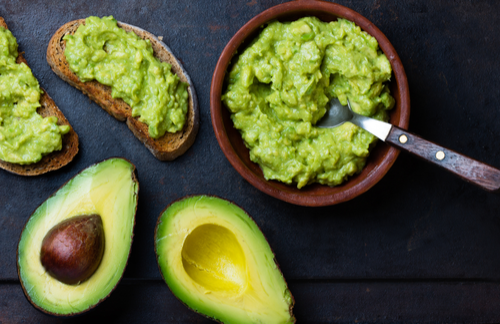 VEGANS have been urged to stop eating avocados because cultivating them in large numbers could be cruel to bees.

She said: “Avocados can’t exist without bees, and bees are used in, let’s call it an ‘unnatural way.’ Because they are so difficult to cultivate naturally, all of these crops rely on bees which are placed on the back of trucks and taken very long distances across the country.”

“It’s migratory beekeeping and it’s unnatural use of animals and there are lots of foods that fall foul of this. Broccoli is a good example. Cherries, cucumbers, lettuce. Lots and lots of vegan things are actually not strictly vegan.”

Avocado flowers are pollinated by insects and so growers truck in honey bee hives to orchards during the flowering season to ensure pollination is successful.

Toksvig was making the point that because vegans do not eat or use animal products they should not eat avocados because bees are essential to their commercial production.

But vegans were quick to defend their avocado consumption.

Plant Based News Spokesperson Dominika Piasecka said: “We are aware that many forms of farming involve indirect harm to animals but it is unfortunately not possible or practicable to avoid the destruction of other animals in most farming at this time.”

0 comments on “Avocados Off the Menu for Vegans”