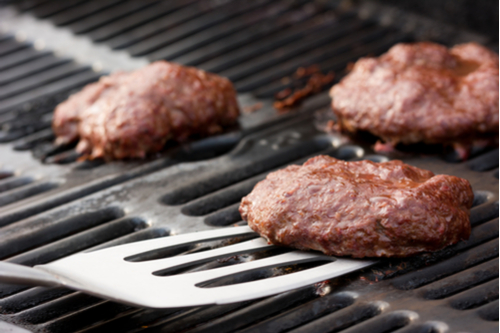 A BURGER van owner dared vegan protesters to stage a demonstration at his shop.

Paul Clark, 39, said he is not scared of animal rights activists–and urged them to “bring it on.” The owner of Trollburger, near the train station in Brighton, East Sussex, UK, is angry with “bullying” vegans targeting city stores.

He said: “I’m not going to abandon my principles due to fear of harassment. I encourage debate. I’m not scared. But they can do it without hurting people. That is not the way to get your message across.”

The burger flipper, who lives in Brighton and has run his van for two years, hit out after fellow independent shops aiming to tackle unsustainable food practices were targeted by activists for selling meat.

The group stood by the store’s meat aisle with a megaphone with signs reading “humane murder is a lie.”

Afterwards the ethical supermarket paid for a Facebook advertisement to protect itself from “misinformation.”

The DxE group also held a demonstration inside a Brighton fur shop, staged a turkey protest at Waitrose and held a silent protest at Tesco Superstore.

Mr Clark said his business was attacked online after a Facebook post about Veganuary, a campaign in which people give up animal products for January.

Mr Clark added: “I do not believe shaming people about life choices works. All it will do is get people’s backs up and get them to dig their heels in. People feel bullied and backed into a corner. It makes me want to shout my beliefs twice as loud.”