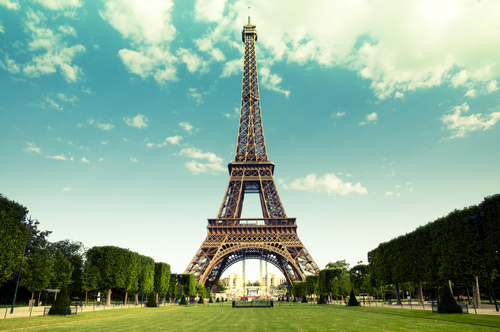 RADICAL vegans hurled bricks through a French butcher’s shop window in the latest attack by campaigners. The concentrated campaign in France appears to be an attempt by extremists to change the eating habits in the meat-loving country.

The attack in a quiet town of Saint-Arnoult-en-Yvelines, 30 miles southwest of Paris, took place at 3am and startled butcher’s shop owner Elisabeth Cure as she slept above the business.

As in other similar incidents around France during the last year, the culprits left a tell-tale tag scrawled on the shopfront which read: “End the Repression.”

Ms Cure said: “That’s how I knew it was radical vegans.”

Incidents of vandalism and intimidation have reached such a level that the country’s butcher confederation, which represents 18,000 businesses, has asked the government for protection.

Jean-Francois Guihard, head of the CFBCT, said: “Since the start of the year, we’ve seen 17 butcher shop windows destroyed and dozens of acts of vandalism. The state needs to take necessary steps.”

He has called the attacks a “form of terrorism.”

An abattoir in the east of France was also partly burned down raising suspicions that anti-meat campaigners could be responsible.

The heads of the cattle and pork associations, Interbev and Inaporc, have issued a joint statement urging President Emmanuel Macron to intervene and even warning of a “civil war” over the issue.

Although no groups have been blamed for the recent attacks on butcher shops, activist networks such as L214, 269 Life France or Boucherie Abolition are thought to be responsible. Boucherie Abolition fights “for the abolition of the genocide called butchery.”

Its spokeswoman Solveig Halloin said: “Animal breeding should not be a career. The methods of rearing animals are violent and amount to persecution.”

Halloin does not say whether her group is behind the attacks on butcher shops, but neither does she condemn the violence.

Boucherie Abolition and 269 Life France have organized demonstrations in front of dozens of butchers’ shops across France.