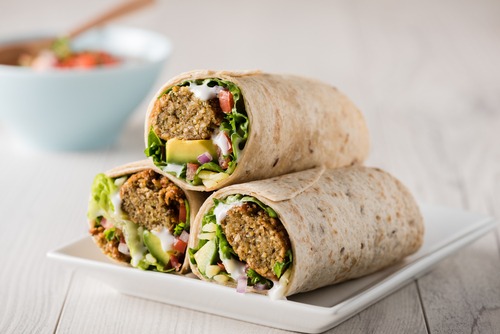 A vegan ate a vegetarian falafel wrap containing duck during a veggie protest.

Isobel Lentaigne, 21, said the experience drove her mad. She unknowingly ate the meat during a vegan demonstration by the Anonymous for the Voiceless group in Bristol, UK.

The second-year fine arts student said she only discovered that the wrap from Sainsbury’s vegetarian range contained hoisin duck as well as parts of falafel after she had eaten most of it.

She said: “I feel sick. […] Everyone said it was meat. I think it’s hoisin, based on the smell. I have been vegan for four and a half years and I am shocked. I have eaten meat and the very thought of meat makes me sick.

“I don’t see it as meat – I see it as part of an animal that has suffered, and I have now got those parts inside of me.”

She now wants vegans and vegetarians to be allowed to check the contents of products before they purchase them.

She added: “The fact I bought this with a clear label stating it was suitable for vegans and vegetarians and I trusted Sainsbury’s only to then find actual meat in my wrap, it’s really bad.

“It’s certainly made me re-evaluate doing my shopping at supermarkets – especially if I’m buying sandwiches!”

A Sainsbury’s spokesperson said the matter was being investigated. He said: “We’re investigating with our supplier and would like to offer our apologies to Isobel.”