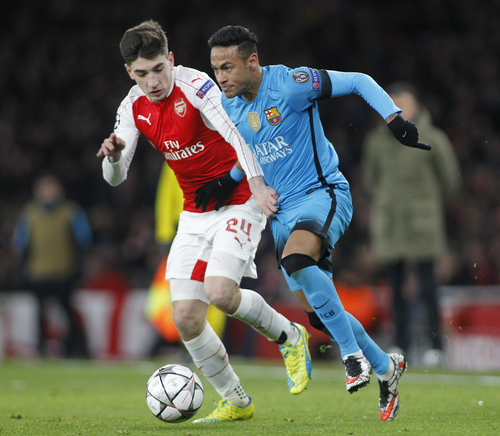 A soccer star suffered a major slump in form after turning vegan.

Spain defender Hector Bellerin, who plays for top English Premiership club Arsenal, was blamed when his team crashed out of the Europa League semi-final.

He turned in a dire performance against Atletico Madrid and pundits and fans blamed his slump in form on his new plant-based diet.

“He was a good player but he’s gone. I don’t know what’s happened to him.”

Bellerin, 23, switched to the plant-based diet at the start of the football season and claims he has more energy on and off the pitch since changing.

Quizzed on whether he thinks Bellerin’s slump is down to his eating habits, Brazil said: “I do. Look at Diego Costa – do you think he has a Caesar salad every Sunday lunch? Vegans don’t say ‘Hi, how’re you doing?’ they say, ‘Hi, I’m a vegan’. They get it in first.”

Bellerin claims he no longer has to strap up his ankles to play since going vegan.

0 comments on ““Get a Steak Down You, Pal,” Vegan Soccer Star Told”