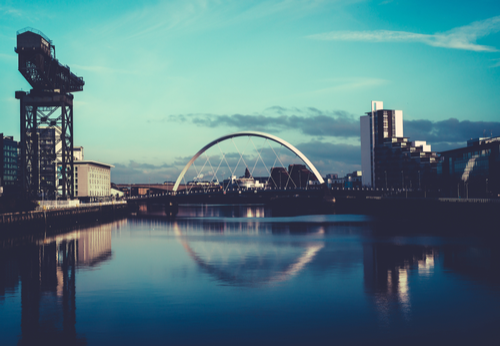 GLASGOW is the vegan capital of the UK despite its reputation as the sick man of Europe, a new study has claimed. And Scotland’s capital, Edinburgh, isn’t far behind after analysis of 20,000 customers by recipe delivery service Mindful Chef.

The unlikely finding emerged against a background of notoriously unhealthy eating habits in Scotland. But it seems people who actually live in the city are skeptical about the vegan claim.

Glaswegian Craig Hendry, 34, said he was shocked that his city is the UK’s vegan capital. He said: “I don’t see many people eating vegan food at 1am on a Saturday–all I see is people working their way through a kebab or a chippie.”

But a spokesmen for Mindful Chef said: “You’re most likely to bump into a vegan if you’re in Glasgow, Edinburgh or Brighton. There is an increasing number of people in the UK that are choosing to eat a vegan diet, with a 117 per cent rise in vegans in Great Britain in 2018 compared to two years ago.”

Newcastle was the least likely city to order vegan boxes, with just two per cent of Mindful Chef customers ordering them, with Birmingham in second last spot, with nine per cent, and Sheffield and Liverpool in joint third spot, with 10 percent.

When it comes to customers who eat the most meat, those in Cardiff ordered the most, with 20 percent, ordering it in their food box, followed by Newcastle, with 17 percent and Leeds, with 13 percent.

0 comments on “Glasgow is Unlikely Vegan Capital of the UK”