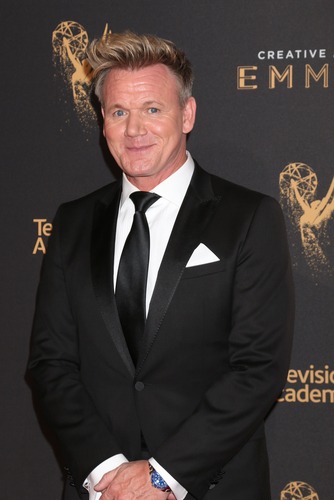 Gordon Ramsay became the butt of social media jokes after announcing he is going vegan.

Holly Lloyd Williams commented: “I will have to stop watching his show then.”

Tom Campbell said: “Don’t see how he will last, man loves his Wellingtons.”

Celebrity chef Ramsay, 51, owns 33 restaurants globally and has been outspoken in his criticism of veganism in the past.

But he has backtracked on his former views and tweeted: “Going to give this #vegan thing a try… Yes guys you heard that right. Gx.”

Yet in February he mocked vegans and PETA by saying: “I’m a member of PETA! People eating tasty animals.”

Back in 2008 he even said: “My biggest nightmare would be if the kids ever said, ‘Dad, I’m a vegetarian’. Then I would sit them on the fence and electrocute them.”

Alongside the announcement, Ramsay posted a photo of what appeared to be a vegan pizza offered at his new restaurant.