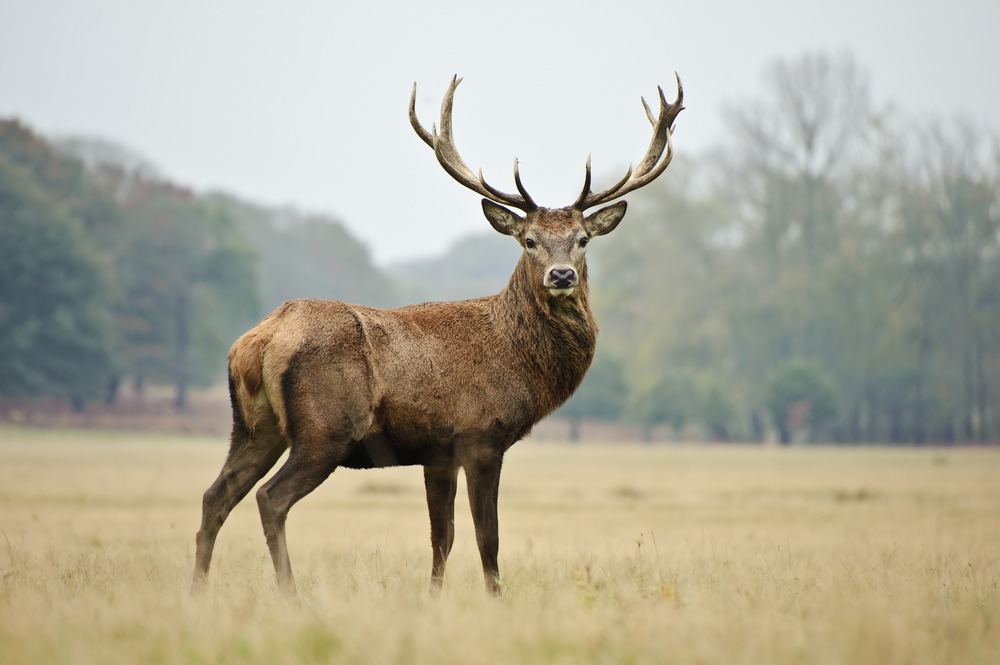 AN angry restaurant boss taunted vegan protestors by eating part of a deer’s leg in front of them.

Furious Michael Hunter sat in the window seat of his eatery so protestors outside could see him.

First he butchered the leg as the shocked vegans watched.

Then he disappeared to his kitchen and returned later to eat part of the cooked leg in front of their cameras.

Mr Hunter, the co-owner of the Antler restaurant in Toronto, took a stand when vegans targeted his business over a prolonged period.

The restaurant specializes in locally farmed ingredients and includes wild boar and venison on its menu.

Vegan protesters descended on the restaurant for four weeks with signs accusing it of murder and animal cruelty.

Mr Hunter, a chef, finally had enough when they turned up with a giant banner reading ‘murder’ and a sign, which read: “Chickens display compassion to others suffering. Can you?”

As the protesters complained he slapped down the deer leg in front of them and began cutting it up.

They filmed him as he set to work on the meat and gave a commentary to go with the video.

An activist said over the film: “The owner has brought the leg of a recently murdered animal to the table.”

“What he’s doing here to mock us, the owner of this restaurant, has gone out of his way to mock this legal peaceful protest at Antler restaurant by bringing the leg of an animal to this table where people are only supposed to be dining.”

Two police officers arrived and entered the restaurant to speak to Hunter as the protesters remained outside but took no action against him.

Chef Hunter then returned to the window seat 30 minutes later and ate a portion of the cooked leg in front of the group.

The restaurant describes on its website its commitment to ethically sourcing local produce and meat.

Among items on its menu is an $18 Wild Game burger made from boar, bison and deer, and a $42 cut of Ontario venison.

It has now added vegan dishes to the menu and chef Hunter has asked the protestors to go foraging with him.

Social media did not sympathize with the vegans, nor did customers inside the restaurant who were eating when they staged their protest.

‘Wouldn’t this be classified as disrupting the peace?

“Why target a small business and not monopoly food chain?”

Another supporter of Antler said: “Antler is one of my fave restaurants. Vegans are free to protest peacefully outside. But Chef Hunter also has the right to carve a deer windowside in his own restaurant.”