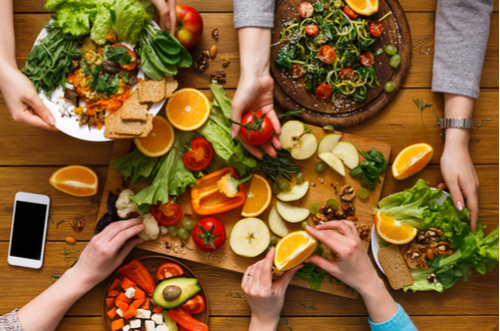 THE city where controversial animal rights group Viva! is based has been ranked as the most vegan place in the world. People from Bristol in the UK, where Viva! was formed, make more online searches on veganism than any other city.

Viva! has been accused of making death threats against farmers and is particularly active in the city. It regularly holds demonstrations targeting farms and supermarkets.

Farmer Brian Hobill said a pig’s skull was left outside his family home at Hogwood Pig Farm in Oxhill, Warwickshire after the militant group targeted him.

Its presence in the city seems to have had an impact. After Bristol, Portland in the US was named as the second most vegan city followed by Edinburgh in Scotland, Vancouver in Canada and then Seattle in the US. Barbecue-loving Australia was found to be the most vegan country followed by the UK in second place.

Researchers from Chef’s Pencil – an online cookbook where chefs share their favourite recipes – used data from Google Trends to look up the number of vegan-related searches made in any language.

A spokesperson for Chef’s Pencil said: “Bristol’s concentration of vegan-related searches on Google surpassed every other city in the world. While this may come as a surprise to many, the locals know all to well that their city has turned into a vegan Mecca. There are lots of vegan restaurants, cafes, vegan hair and beauty salons and even an active Bristol vegan community.”