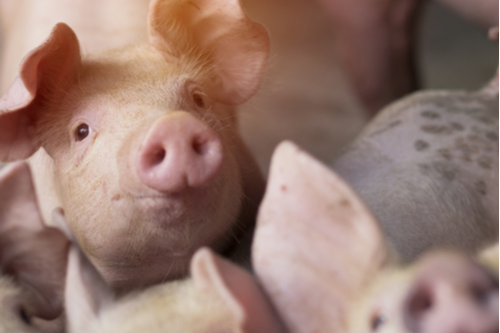 A vegan advertising campaign which claimed ninety percent of factory pigs don’t see the outside world has been banned.

The Advertising Standards Authority in the UK said the ad was “misleading” and did not portray pig farming accurately.

The commercial made by animal rights group Viva aired in UK cinemas before the ASA axed it following complaints.

It featured a pig called Hope wondering through a grassy field after being rescued by the group.

The ad then jumped to the inside of an abattoir showing unhappy-looking pigs caged behind bars.

A voiceover said: “All creatures can experience pleasure. She is a pig called Hope rescued by Viva. This is her dance of joy for being outdoors for the first time. It’s something most pigs will never know as 90 percent are factory farmed. Set them all free. Try Vegan.”

The national pig association and members of the public questioned the legitimacy of the ad, which was aired to audiences before screenings of Jumanji: Welcome To The Jungle and Star Wars: The Last Jedi.

They complained to the ASA that the film implied that ninety percent of pigs farmed in the UK were permanently kept indoors.

As a result, the ASA upheld a complaint against Viva! and said it’s statistic was misleading and featured methods of farming that are outlawed in the UK.

The Department for Environment, Food and Rural Affairs code of recommendations on the welfare of livestock states that “a pig shall be free to turn around without difficulty at all times.”

The ASA pointed to data from the RSPCA and Compassion in World Farming which showed 40 to 42 percent of breeding sows are kept outdoors.

An ASA spokesperson said: “We concluded that Viva! had not substantiated the claim and that it was likely to mislead.

“The ad must not appear again in the form complained of. We told Viva! to ensure their ads did not mislead about, for example, how animals would be accommodated in intensive farming environments.”