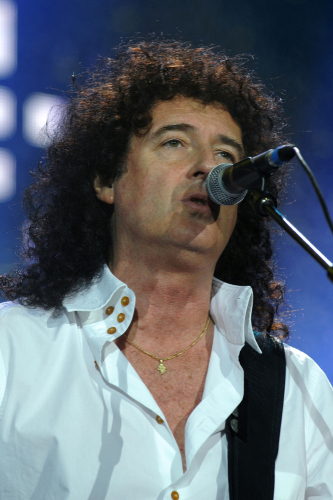 QUEEN guitarist Brian May wants the planet to go veggie so that mankind can explore space with a clear conscience.

May, who has a Ph.D. in astrophysics and is a vegetarian, aired his concerns in a brief video clip for the European Space Agency.

Mr May, 71, appeared in a promotional video for ESA where he revealed his “space dream” inspired by the first man on the Moon Neil Armstrong.

The musician said: “Hi folks, I am Brian May, I am British, I am European as we speak and I’m an astronomer and a musician.

“My space dream is based on the words, which you can find in this book, which were uttered by hero Neil Armstrong, shortly before he died, at a conference that I attended.

“My space dream is that we sort out how we behave on our own planet before we venture out into space.

“And when we do go out there, we take decent values with us, we take values which embody respect for all creatures, each other, and all the other species which inhabit our beautiful blue planet.

“It’s my dream that we take this decency into space and procreate responsibly the spirit of the best of human nature. Thank you.”

May is an animal rights activist and vocal opponent of fox hunting and the culling of badgers and has founded the animal welfare organization Save Me.

Between 1970 and 1974, the musician studied for a Ph.D. degree at Imperial College London, which he eventually suspended to focus on his career with Queen.

The guitarist then re-enlisted at Imperial College in October 2006 and submitted a thesis called A Survey of Radial Velocities in the Zodiacal Dust Cloud in 2007. May then graduated in 2008 and has been involved in a number of scientific endeavors since.

He took part in the NASA New Horizons space probe flyby of the Kuiper belt object Ultima Thule between December 2018 and January 2019.

Before that, he co-founded the international Asteroid Day in 2014 as a global awareness campaign on the dangers lurking in space.

In 2015 he collaborated with the science team behind the NASA New Horizons flyby of the dwarf planet Pluto.

And in 2007 the musician was awarded an honorary fellowship at the Liverpool John Moores University for his contributions to science.

Brian May goes vegan – and says he is depressed

0 comments on ““My Vegetarian Outer Space Dream”: Brian May”