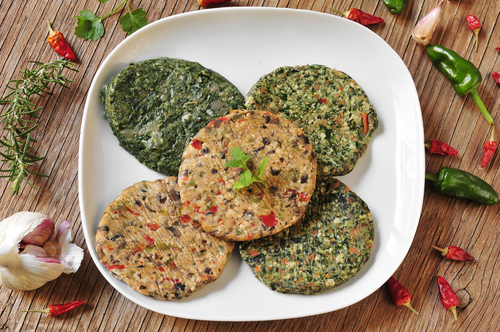 FAST food giant Burger King is introducing a vegan burger. It is the latest move into the vegan market by a major food firm and a move away from meat products which farmers have expressed concern over.

The chain is testing its “Impossible Whopper” made from soy protein, coconut oil, and potato protein, as a vegan alternative to its famed Whopper. The burger is being produced by Impossible Foods, which has described the burger as the Whopper’s ‘twin’ and says it contains 17g of protein and zero cholesterol.

Other ingredients include sunflower oil and heme, a plant-based ingredient that makes the burger “taste like meat,” the firm said.

In February Greggs, the UK’s biggest bakery chain, said it had made “an exceptionally strong start to 2019”—claiming that publicity around its Quorn-filled vegan sausage rolls had helped boost sales by 10 per cent. But farmers say the move away from traditional meat products could threaten their livelihoods.

Customers at the branch in St Louis, Missouri, where the burger is now on offer, described it as almost indistinguishable from a meat burger.

One wrote on social media: “It’s actually really good. I would not be able to tell it wasn’t really beef.”

And another said: “Would do again.”