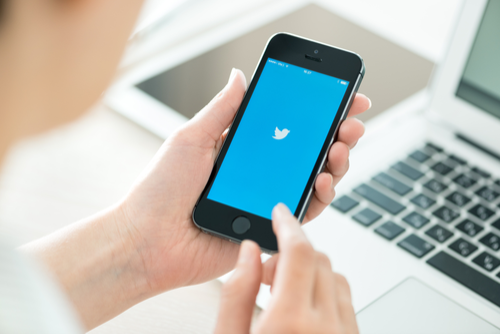 A vegan who forced a magazine editor to resign after he joked about “killing vegans” made sick remarks about people who died at a bull-running festival, it has emerged.

In a tasteless tweet Ms. Nelson wrote “Good!!” after the seven people were gored by bulls running through city streets.

She added the hashtag “Animal Rights” to the tweet after the tragedy in 2015, where victims included an 18-year-old gored in the stomach.

A year later, in July 2016, she made a joke about the death of bullfighter Victor Barrio, 29, at a ring in the Spanish province of Aragon, tweeting: “So a bullfighter has been killed. Boo hoo. Live by the sword, die by the sword.”

Next to her name on Twitter is a ‘V’ in a circle, proudly denoting her vegan credentials.

Freelance food writer Ms. Nelson’s tweets are at odds with the shock she said she felt after receiving a private email from former Waitrose Food magazine editor William Sitwell when she suggested a feature on vegans.

He replied: “How about a series on killing vegans, one by one? Ways to trap them?”

She made the email public and lead the protests from offended vegans.

The uproar led to his resignation even though he had apologized to anyone “genuinely offended” by what he called his “ill-judged” comments.

He insisted: “I love and respect people of all appetites be they vegan, vegetarian or meat eaters, which I show week in, week out through my writing, editing and broadcasting.” Ms. Nelson, 30, said: “The response to my pitch shocked me. If this disappointing exchange exposes anything, it’s the belligerent attitude that, sadly, many vegans experience every day, simply for trying to make a positive lifestyle change.”

Restaurant critic Giles Coren wrote: “It was a stupid email but should not be a career-ender. Vegans are not a race or a gender or a sexual orientation or a differently-abled group.”

Ms. Nelson writes for a variety of publications, as well as maintaining her own blog where she covers vegan food and luxury resorts.

0 comments on “Sick Tweets of Vegan Who Forced Out Editor”