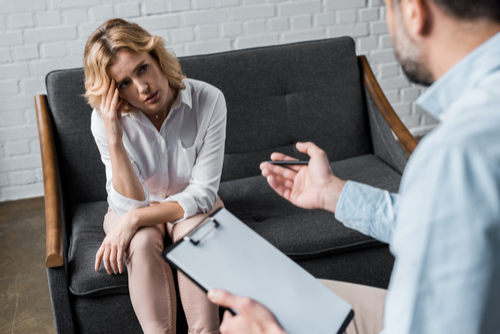 A top psychologist has claimed vegans need counselling because they are traumatized by their lifestyle choice.

Australian author Clare Mann, who has been a vegan for ten years, said she gives counselling to vegans who struggle with people who don’t accept their views and other who struggle to accept the fate of slaughtered animals.

She said: “I became vegan ten years ago and started speaking out on animal rights at speaking rallies and festivals. When I started speaking publicly, people around the world contacted me about the challenges of being vegan.”

“When they find out what happens to animals in slaughterhouses they’re horrified. People said they needed to talk to someone, so I started offering face-to-face counselling in Sydney, Australia, and on Skype to people all over world.”

Mann said she looks for signs of trauma in vegans and says animal rights activists are particularly vulnerable with many having suicidal thoughts.

She added: “I see the typical signs of trauma. People have a hatred of the world because they’ve found out about the ubiquitous cruelty of animals all over the world, and they can’t believe humans are doing this.”

“Some relationships can break down, too, when people find it too much when their husband eats meat or their friends put milk in cups of tea.”

“With veganism, if another person doesn’t change, they can’t not be part of the problem.”

“You can’t wash your hands in a bathroom or put on a jumper without contributing to animal cruelty, unless you actively take steps to not be a part of it. This is a challenge for vegans.”

“I also see people who’ve been working in animal activism, who may have been to slaughterhouses or done undercover camera work, and who witness cruelty to animals firsthand.”

“I’ve conducted around 1,300 interviews with vegans around world and, honestly, I’m surprised there isn’t more suicide. “I’ve heard a lot of vegans say they want to kill themselves, but they can’t leave animals behind.”