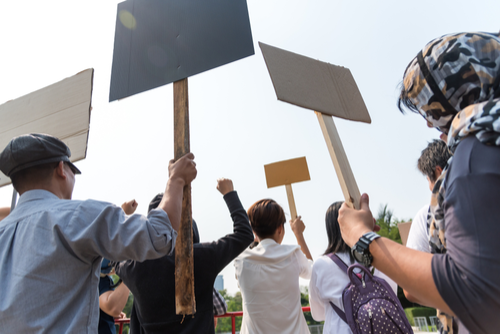 A top food critic has revealed she has received death threats from animal rights campaigners.

She urged people to fight back against “vegan terrorists” and said people should not be intimidated by the “vegan hate mob.”

She spoke out to defend magazine editor William Sitwell after he was forced to resign for making tasteless remarks about vegans.

She said: “The latest victim is food writer William Sitwell, forced out of his job as editor of Waitrose Food magazine because he dared to mock them.”

“According to Waitrose, Sitwell had ‘gone too far’ in a teasing email to a freelance journalist, which spoke about ‘killing vegans’ and exposing their hypocrisy.

“Waitrose says he ‘stepped aside’ but if, as most suspect, he was forced out, it was a cowardly decision and one which is troubling on many levels.”

“For a start, while vegans are not the only group of politically correct campaigners to browbeat business owners through online aggression, they are among the nastiest.”

“I know this because I have been on the receiving end when writing about the meat industry.”

“I have received death threats, for example, which is not unusual if you try to bring any sense of perspective to animal welfare.”

“When I wrote a common-sense article about game birds, one angry letter was smeared with human excrement.”

He replied: “How about a series on killing vegans, one by one? Ways to trap them?”

She made the email public and led the protests from offended vegans.

The row lead to his resignation even though he had apologized to anyone “genuinely offended” by what he called his “ill-judged” comments.

“Such vile behavior is not the only reason to speak out. “There are also major problems with the vegan model that need exposing – and I say this as someone committed to eating less meat and only from animals treated humanely.”

“Try as you might, you cannot grow food sustainably without the help of animals. This is a classic case of debate being closed down by bullies who are not interested to hear anything that does not fit with their beliefs.”