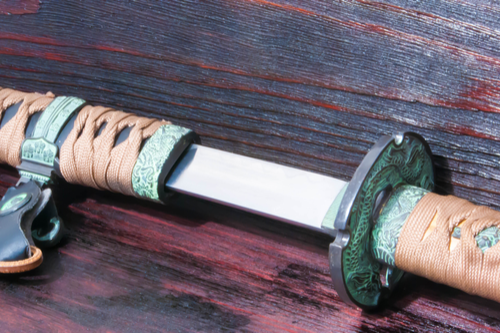 A vegan has been accused of murder in a case that has gripped Australia.

Hannah Quinn, 23, who has a big social media presence, faces jail over the murder of Sydney rapper Jett McKee, 30, with a Samurai sword. Now Quinn, who is known as “Hannah Hugs Trees on Facebook, and who campaigned on animal rights faces a lengthy jail term if convicted.

McKee was fatally stabbed after allegedly trying to rob Hannah’s boyfriend’s flat in Sydney. Ms. Quinn was living with her mother, Megan, when she decided to stay the night with her 28-year-old actor boyfriend Blake Davis.

The couple have both been charged over the murder of Mr. McKee, a Sydney hip-hop artist who performed under the name Scepaz.

Police allege Ms. Quinn chased Mr McKee after he ran from the home with her bag during an attempted robbery, then threw him to the ground before her boyfriend approached from behind.

Mr McKee then died after Mr Davis allegedly struck him in the head with a samurai sword.

In the days following the alleged murder, she played the role of a nurse for Mr. Davis, who was injured in the altercation, before the couple handed themselves in Monday.

She was granted conditional bail by magistrate Margaret Quinn, and walked free wearing a large dark pair of sunglasses and a brown blanket Thursday evening.

As part of her bail conditions, she must report daily to Redfern police station and not have contact with any prosecution witness. Both Quinn and Davis are due to return to court on October 9. Davis has made no application for bail.

Quinn has been a passionate vegan and advocate for animal rights and frequently campaigned on environmental issues. She also vowed to be part of Sydney Council’s Green Army mission, to plant 30,000 trees to boost local fauna.

A keen advocate of veganism on Facebook, Quinn wore a “meat is murder” T-shirt in one photo and at one point wrote how it often upset her to pick flowers.

She apparently wrote to her mother: “I hardly ever pick them anymore and if I do, I get really upset with myself – murderer!”

She also had a history of criticizing police, in one post she said “every single cop is complicit in a system designed to uphold the capitalist oligarchy we live under.”

Articles about police officers being charged with rape, former officers being given identity cards, and the police “controlling” poor people, were common features on her profile.