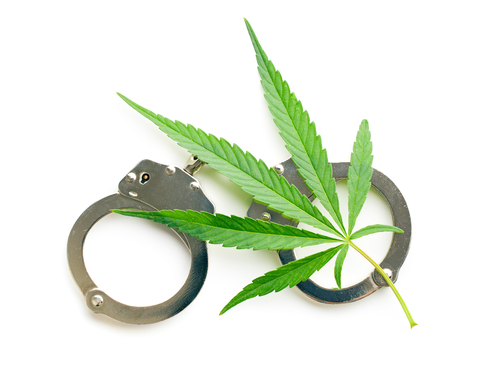 POLICE found a $30,000 cannabis haul when they arrested vegan activists. They had been tipped off about the whereabouts of activists who were wanted for trespassing on a farm during a protest. But when they moved in they also found the massive cannabis crop on the premises.

They were wanted over trespass offences at Millmerran farm in Queensland, Australia.

Queensland Police stumbled across a cannabis crop while searching a unit in Rocklea, Brisbane in relation to the Millmerran incident.

A 38-year-old man was charged with six drug-related offences and also questioned and charged in relation to the trespass incident at the Millmerran farm, police said.

The man will appear in the Toowoomba Magistrates Court.

The discovery came after police put into action several search warrants and charged 14 people in relation to the incident at the Brisbane farm. Some of the activists have already appeared in court and a number of fines have already been issued, ranging from $500 to $1,300, police said.

The Millmerran incident was just one of several protests on farms and abattoirs, which prompted the state government to give police and biosecurity officers the authority to issue on-the-spot fines of $652.17 to activists on top of penalties for trespassing.

As part of their investigation, Queensland Police released footage of the incident in an attempt to get those involved to come forward.

Police have also warned the general public about the seriousness of trespassing and discourage those who may be thinking of trying something similar.

Detective Inspector Pukallus said: “Unauthorised entry by animal activists to places where animals are kept in Queensland occurs without regard for animal welfare, biosecurity, food safety and workplace health and safety risks. This activity will result in prosecution.”