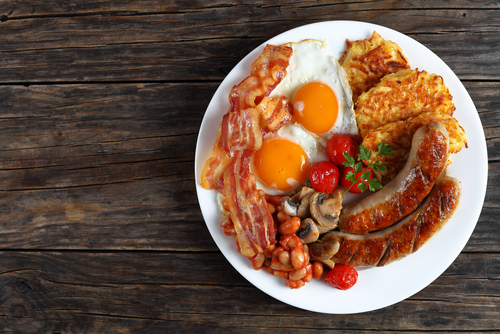 A woman has given up veganism after she said it made her hair and teeth fall out and was killing her. Alma-Jade Chanter now survives on a meat-only diet, which she credits with saving her life.

Chanter, 25, had been a vegan since she was 13 years old. Encouraged by radical vegans who she had seen online, Chanter, from Bristol, UK, ate only raw fruit and vegetables.

As a result of her extreme diet, she lost 10 kg (22 lbs.) in weight, stopped getting her periods and was diagnosed with an autoimmune disease.

Lacking in vitamins and minerals from other foods her health failed so badly that her hair fell out and some of her teeth cracked due to a loss of enamel.

She said, “I was completely sucked into the narrative of veganism and bought it all entirely. But it was making me so ill and eventually I realized that I couldn’t carry on because it was killing me.

“Within just a week of going carnivore I felt amazing, and for the first time in a long time my body was free of pain. After only a few days, I felt amazing. Everything suddenly just clicked for me and, at long last, I felt as though my body was well-regulated.”

Chanter, who had visited raw fruit festivals as far away as the US and Spain and travelled to India to advocate her began diet beliefs when she was a vegan, tried to ignore the fact that her diet was damaging her health.

But doctors eventually diagnosed her with Graves’ disease, an autoimmune condition affecting the thyroid, and she finally accepted that her vegan diet was making her seriously unwell.

She says she had a “nutritional epiphany” when she discovered a podcast that extolled the virtues of eating a carnivorous diet. She now eats brains, hearts, livers and bones believing it is “polite” to eat the whole animal.