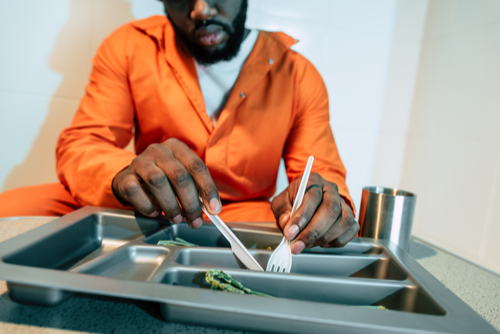 VEGAN campaigners want prisons, schools and hospitals to serve vegan meals. They have called for at least one vegan option to be on the menu.

The Vegan Society and Go Vegan Scotland have petitioned ministers to add the policy into the Good Food Nation Bill. Louise Davies of the Vegan Society said: “Provision for vegans in the public sector is lacking, with hospital patients and schoolchildren often going hungry.”

Veganism is a protected belief under the Equality Act of 2010 in England, Scotland, and Wales.

Barbara Bolton from Go Vegan Scotland said: “The Scottish government has recognized that veganism is a protected moral conviction under European and international law, but has not taken any steps to ensure that vegans are provided for in our state institutions.”

“The result is that many people, including children, are missing out on free meals and are being denied access to suitable food when they’re dependent on the state to provide for them.

The Catering for Everyone campaign encourages public sector institutions to increase their plant-based meal options.

0 comments on “Vegan Prison Food on the Menu”