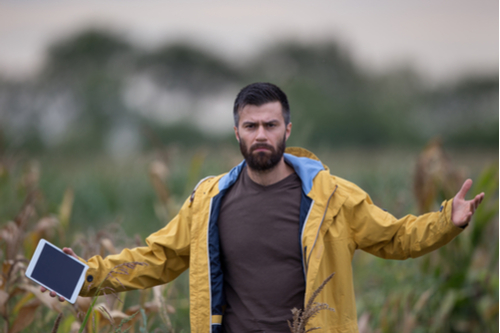 MILITANT vegans have published a map in the UK of thousands of dairy farms.

The Food Standards Agency has condemned the misuse of publicly available data amid fears it could trigger terror attacks by animal rights activists. It now plans to hold a probe into the risks posed by the online map codenamed Project Calf.

A similar map of farms and abattoirs in Australia called Aussie Farms was recently published and roundly condemned by politicians.

The UK website, understood to have been created by a group with links to hunt saboteur groups, suggests that activists film from public footpaths and gives advice on obtaining footage on private property and advises anyone caught trespassing not to give their name or surrender their footage.

Paul Tompkins, a dairy farmer in the Vale of York and vice-chairman of the National Farmers’ Union dairy board, said that activists were exploiting grey areas in the law.

He said: “Dairy farmers are proudly open and transparent about how we care for our cows. I am therefore appalled a moronic few are inciting activism against hard-working family farms.”

Activist Jamie Turner, 45, from Bristol, said that he was one of five vegans behind Project Calf.

He said the group supported trespass as long as you were “not bothering anyone.”

Farmers have reported vandalism and death threats during a recent rise in activism.