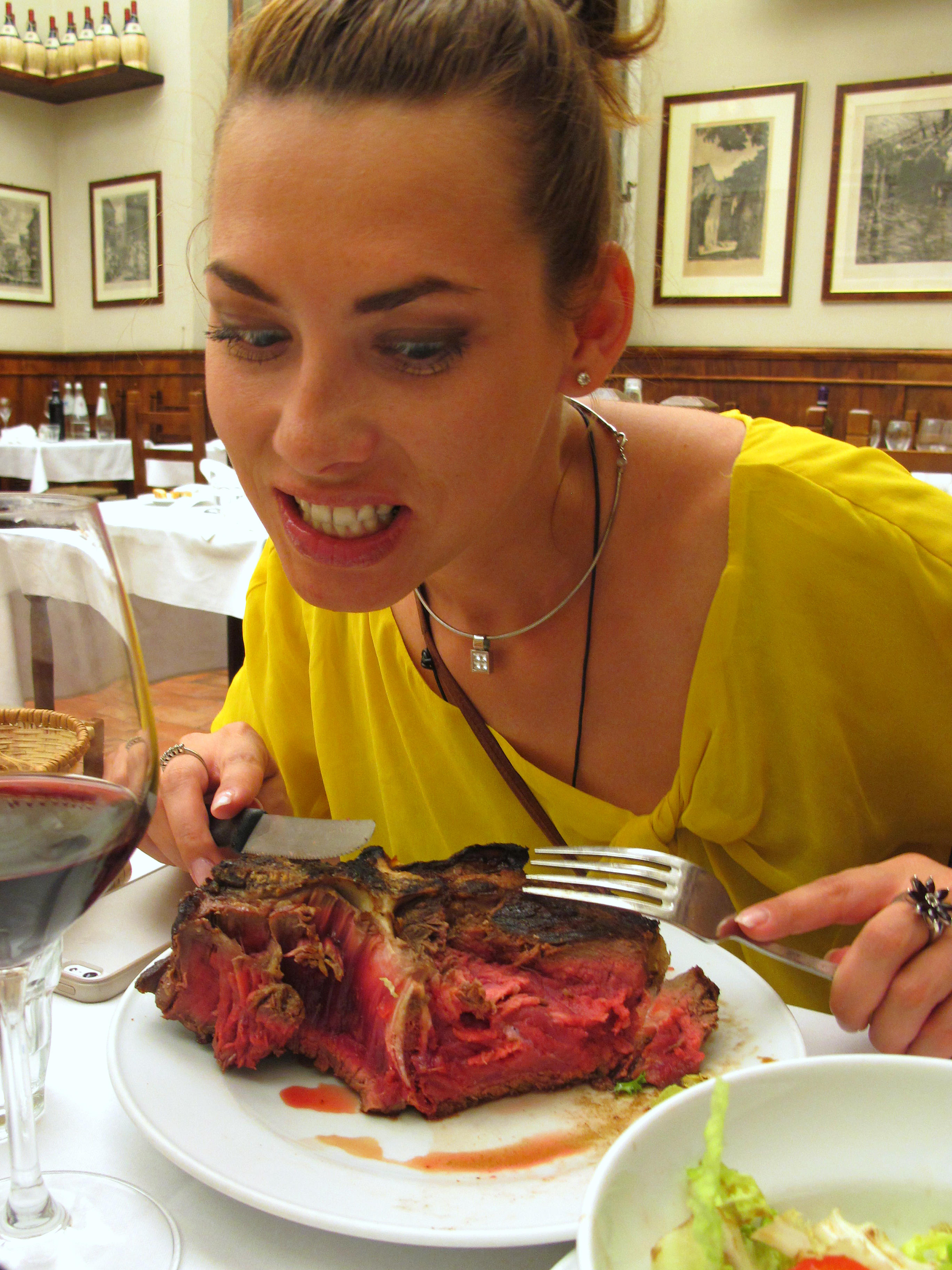 A vegan YouTube star has been abused on social media for admitting she ate meat for 30 days – and liked it.

Alyse Parker told her 700,000 subscribers who follow her diet and exercise tips, that she followed a carnivore diet, meaning she only ate animal products.

In a video the YouTuber from Connecticut, US, said she was taking on the challenge to better understand people who follow other diets but her diet U-turn infuriated her following.

She said the diet actually helped her digestive system and said she plans to keep eating meat.

Not only did Parker say her digestive system improved over the 30 days, but she also reported a loss of 2lbs in weight and said she felt “mentally clear” during the diet.

She said: “This may sound surprising but my digestion was honestly totally fine.

“In fact, it was way better than when I was vegan.”

Her energy was also “more stable” during the 30 days, she said.

But her angry fans reacted with fury and rejected her claims that she felt better on the meat diet.

Furious comments were posted on both the YouTube video and on a picture on Instagram Parker shared of herself behind a plate holding a large steak.

One said: “Being vegan you’d think you’d understand the effects of eating meat on our bodies & more importantly our environment?? you lost all my respect as well.”

Another said: “I’m so sorry that you changed your mind about veganism. You were my inspiration at first and now you support the exact opposite.”

Parker said shared at the beginning of her video that she changed from full veganism because she knew “very well what it’s like to lose myself in the identity of a diet culture and to lose true open-mindedness”.

Testing out the carnivore diet for 30 days was her way to experience more open-mindedness towards those with different eating habits from her own.

She added:  “I’m not going to continue with this 100 per cent but I did notice enough benefits eating this way to want to continue to eat mostly animal foods.”

0 comments on “Vegan YouTube guru eats meat – and loves it!”