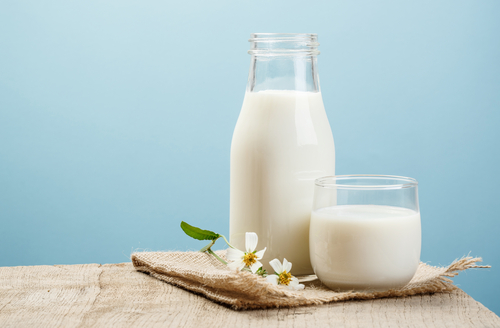 VEGANS claim they are being discriminated against because a free milk scheme doesn’t offer them a plant-based alternative.

The Vegan Society has accused the UK’s National Health Service of “discriminating” against vegans by not offering vegan options on a government scheme that helps new parents buy milk.

But British vegans have complained that the Healthy Start program only offers help with buying cow’s milk and supplements containing animal-derived vitamin D.

The Healthy Start website says that the government vouchers can only be used to buy cow’s milk which can be whole, semi-skimmed or skimmed and must also be pasteurized, sterilized, long-life or ultra-heat treated.

Vegan substitutes such as almond or soya milk cannot be purchased.

The Vegan Society has now written a letter to the NHS complaining about the exclusion of vegan products. It said: “The convictions of vegans come within the protection of the law and, on the face of it, it appears that the Healthy Start voucher scheme could be inadvertently discriminatory.”

It added: “It is important for everyone to eat calcium-rich foods daily and fortified plant-based milk plays an important role in vegan nutrition.”

The letter also included a warning to the NHS and said it “must give due regard to the needs of vegans to ensure compliance with legal duties, and so that vegans do not experience unlawful interference or discrimination.”

“Calcium content is comparable and the soya variety is similar to cow’s milk in terms of protein quantity and quality.”

The UK’s Department for Health has yet to comment on the vegan’s demands.