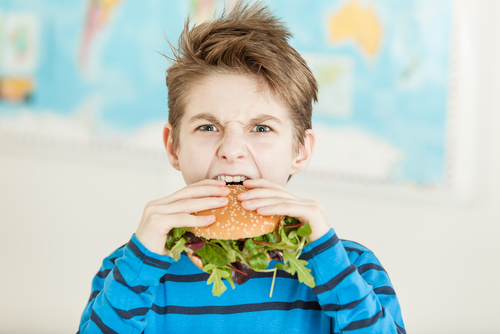 The latest food labelling regulations approved by the EU parliament would also ban the use of other terms such as “escalope” and “steak” for products that do not contain meat.

The plan has been criticized by Greenpeace who claim it is a “blow against sustainable food.” It also suggested the lobby of meat producers and suppliers had influenced the decision.

The claim was rejected by French socialist MEP Éric Andrieu, who said: “The meat lobby is not involved in this.”

The EU say they are merely updating their regulations to keep them in line with a 2017 European Court of Justice ruling that required all dairy products to be from an “animal source.”

The ruling required foods that had previously been described as “tofu butter” or “veggie cheese” to remove any dairy association from their labelling.

European lawmakers are following the lead of France, where MPs have passed a law prohibiting plant based product from being labelled as similar to a traditional animal product.

As part of their decision on veggie burgers the EU ruling also updated their dairy rules to ban the use of phrases like “yoghurt style” and “butter substitute” for plant based products. Other names mooted include a “vegetable protein bite” and a “vurger.”

It’s unclear how the change would impact the European business of Burger King, who last week launched a plant based Whopper.

0 comments on “Veggie Burger Has Had Its Chips, EU Says”