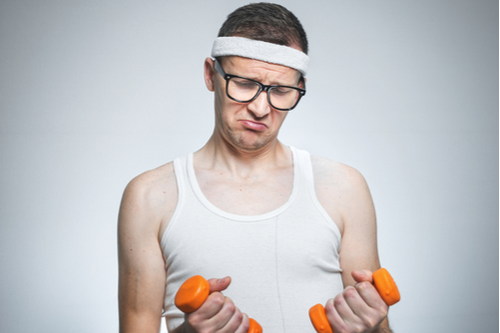 VEGANS and vegetarians lack a key vitamin needed for health, a study has found.

A report published in the American Journal of Clinical Nutrition found nine out of ten vegans had below-normal levels of B-12. Two out of three vegetarians also lacked the right levels of the vitamin.

B-12 is a much-needed vitamin found in animal products that helps build red blood cells, repair DNA, and protect the brain.

About 55 percent of children on a vegetarian diet have inadequate B-12 levels, according to a study by researchers at East Carolina University.

More than 7 million Americans are now vegetarian, and more and more are converting every year. The number of vegans in the U.S. increased by 600 percent between 2014 and 2017.

Deficiencies in the levels of B-12 can have serious and sometimes devastating health repercussions.

The symptoms start slowly, with indicators like fatigue, irritability and other mood changes, memory loss, and pale skin. But these symptoms can escalate to more serious issues such as vision loss and even psychosis, imbalance, and paralysis.

B-12 deficiency is also known to raise the risk of developing depression, dementia, cardiovascular disease, stroke and even cancer.

Babies who don’t receive enough B-12 in the womb run the risk of developing dangerous defects – indeed, expectant mothers with B-12 deficiency are up to five times more likely to have a child with a potentially disabling or fatal birth defect, many of which involve the brain or spinal cord.

Vegans and Veggies Don’t Work Hard, it is Claimed