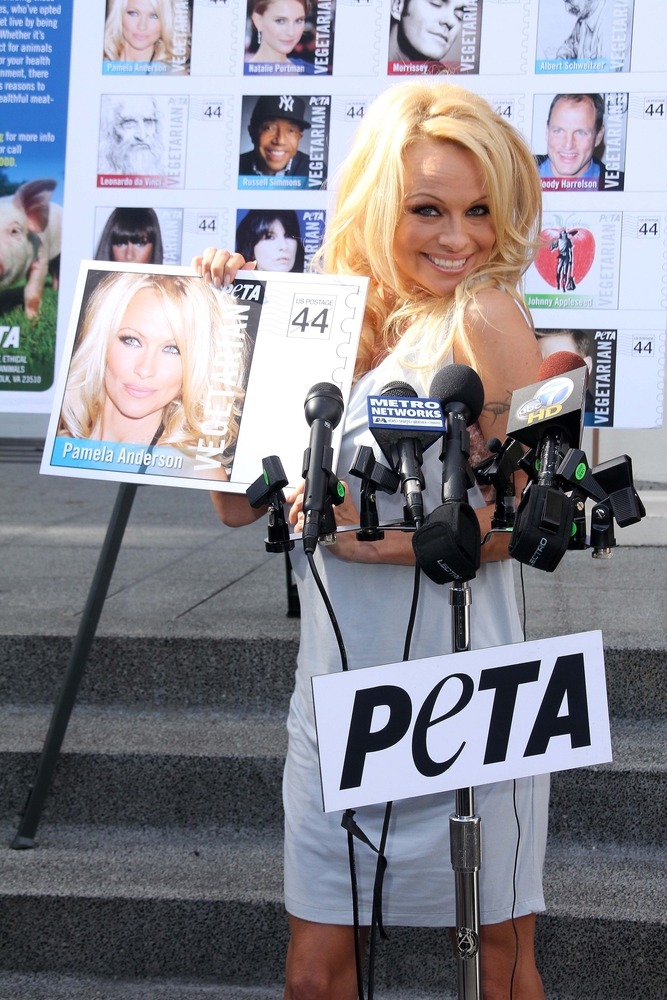 PETA ambassador Pamela Anderson has called for female criminals to be put on a vegan diet because she says it will make them less violent.

The 50-year-old has written a letter, in her role as honorary director of PETA, to the NSW Corrective Services Commissioner Peter Severin to urge vegan meals be served in a bid to curb aggression.

She said she was spurred into action after reading about a plan to offer yoga, tai chi and meditation to female inmates across the state.

She said: “I read about your plan to rehabilitate female inmates through mindfulness exercises and yoga and wanted to make a suggestion that could further help embrace nonviolence, switching to nutritious vegan meals in your correctional facilities.”

She went on to argue that switching to a vegan diet would also have many healthcare benefits for the state.

“Not only would providing vegan food honor one of the driving principles of yoga – ahimsa (doing no harm) – by sparing animals lives, it could also help improve the health of the women in your facilities while decreasing long-term healthcare costs,” she added.

She said she been impressed by Arizona’s Maricopa County Jail, which switched to a meat free diet in 2015. She said she had witnessed first-hand the popularity of the program, as well as its economic benefits.

She added: “In 2015, I went there with representatives of PETA US to serve lunch to the prisoners, who were impressed with the freshness and quality of the food.”